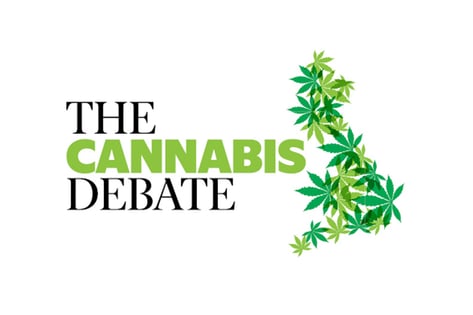 The Great Cannabis Debate has been going on for long. Some are in favour of the legalisation of cannabis while others oppose this proposal tooth and nail, fearing its serious consequences. So, who will triumph in the end?

Below, we have the discussed the pros and cons of this theory that would help you do a proper analysis and form an opinion on whether cannabis should be legalised or not:

Just like an individual is given the liberty to use tobacco and alcohol freely, similarly, they must also be allowed to try out cannabis whose consumption is a victimless crime if at all it is a crime in the first place.

Cannabis is considered less harmful than alcohol and tobacco and is known to have proven health benefits, used as it is for treating glaucoma, epilepsy, and multiple sclerosis.

3. Legalising cannabis the way to go

Cannabis legalisation entails multiple benefits. To begin with, it will render the criminals dealing in it weak and curb their influence in the countries where cannabis is produced and those where it is imported. It will also ensure quality and safety. When sold legally, the presence of dangerous substances will be minimised or eliminated altogether. Lastly, instead of going after dopers, law enforcement authorities can actually pursue hardcore drug peddlers.

Legalising cannabis can yield profits in the form of tax revenues and the savings made by the legal system. And the countries that produce cannabis could witness an upswing in their economy.

5. Ideal way to get rid of skunk

Skunk is a stronger form of cannabis, which will find more takers if cannabis is not legalised.

6. Legalisation, preceded by decriminalisation and coupled with regulation, need of the hour

Decriminalisation, on preceding legalisation, will help test the waters and when it comes to legalising cannabis, a few accompanying regulations will ensure the landmark step does not boomerang. Basically, the THC/CBD ratio has to be taken care of. THC, when present in excessive quantity, poses health risks.

Cannabis legalisation will be all the more effective if one takes the trouble of educating people about its right use and ill effects. Consequently, an individual will use their discretion and probably use cannabis in moderation, a la smoking and drinking.

1. Plenty of ill effects on health

Cannabis consumption is known to have a harmful effect on many parts of the body including brain, lungs, and heart and harm one's cognition and memory. Some of the common conditions associated with its use are depression and schizophrenia. And there is little evidence of cannabis being a pain reliever.

This is another major downside of legalising cannabis. It is considered highly addictive and quitting it ain't easy as there are strong withdrawal symptoms like anxiety and irritability. Moreover, post legalisation, the addiction for cannabis could only get stronger.

The consumption of soft drugs could make way for the use of stronger ones. What's more, cannabis itself is becoming stronger with THC levels reaching alarming proportions. Concentrates are known to have as much as 80% THC in them. And what if legalising cannabis becomes grounds for the subsequent legalisation of drugs?  And what if it prompts cannabis users to try out other intoxicating substances and start seeing drug use as a solution to all their ill?

Decriminalisation of cannabis could lead to dire consequences. There's the example of the Netherlands that has become the drugs capital of Europe. So that other nations do not meet with the same fate, it is important cannabis be legalised along with the necessary regulations.

So, we see that The Great Cannabis Debate has arguments against and in favour of cannabis legalisation in almost equal measure and will require the decision makers to mull long and hard before they reach a suitable conclusion and announce their verdict.

10 Steps to Build a Website For Your Startups Business

How to a Create Social Media Strategy to Promote Your Startup

Content Marketing for Startups: How to Create an Effective Strategy

9 Essential Ways To Promote Your Startups With Email Marketing