The Best Bet for Investors in the Face of U.S.-China Trade War 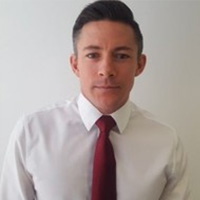 Businessdictionary.com defines ‘trade war’ as an economic conflict that stems from excessive protectionism – wherein one country increases tariffs or similar trade barriers against another country’s imports in response to the increased tariffs on the former’s imports by the latter. Here, the tariff is the tax levied on imported services or goods.

Presently, the world’s two greatest economies, i.e., China and the U.S. are seemingly ready to rush into a trade war. And, what’s sad about it is that no one can predict how badly this would jeopardise them as well as rest of the world.

As of July 2018, a bevy of Chinese products were smacked by a 25% tariff by the U.S., making them 25% costlier for the Americans. While the intended rise was applicable to Mexico, Canada and Europe too, it actually commenced the so-called trade war.

To respond to this escalation, China targeted the American agriculture industry by imposing a tariff on 545 products, 90% of which belonged to the agriculture sector. The automotive industry was the 2nd on the China’s list, followed by petroleum, coal and medical products.

The U.S. president proposal of imposing an all-new $200 billion tariff on Chinese product in mid-2018 further set the stage for more such escalations from both sides, which eventually led the Chinese commerce ministry to file a complaint against the U.S to the World Trade Organisation (WTO).

This means, it is quite likely for us to see retaliative response from China in the near future, which will probably be observed as enhanced volatility in the international equity markets. Interestingly, the economic conflict between the two nations can be beneficial to some, while being somewhat damaging to several others.

Winners and Losers of the U.S.-China Trade War:

What Investors Can Do to Remain Least Affected?

Given the high possibility of the conflict between the two nations getting intensified in the coming months, it is quite likely that its aftereffects would be felt across Europe and other parts of the world. In such a scenario, alleging that the safest place to invest currently is the UK’s domestic market does make a lot of sense. This particularly holds true for the companies that are exclusively functional in the UK.

As already discussed, there will be some great winners, but at the same time, there will some big losers too if the looming trade war aggravates. However, predicting the end result at present can be a risky feat. Owing to the growing concern among investors over the intensifying trade war, more and more UK-based domestic companies could be seen registering their entries in the FTSE 100 Index.

Here are the details of a few UK domestic stocks that can largely be considered attractive, given the prevailing economic conditions.