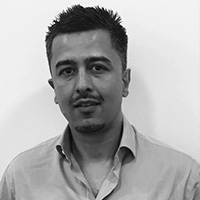 Apple was founded by Steve Jobs, Steve Wozniak, and Ronald Wayne in April 1976. Jobs and
Wozniak were two whiz kids in their 20's with no real business experience, so they hoped that an older and wiser Wayne could provide some much-needed “adult supervision" and also help them in the preparation of important business documentations.

It was Wayne who first designed the famous Apple logo and drew up a contract specifying each man’s role and their holding in the new venture: Jobs (45 percent), Wozniak (45 percent) and Wayne (10 percent).

However, Wayne felt at odds working with the whiz kids and they disagreed on many matters. Also, he was not too sure that the company would take off. Worried that he might have to use his personal assets to pay any debts they incurred, Wayne sold his shares back within 12 days of the company coming into being for a total of $2,300. Recently, Apple’s market capitalization crossed the staggering $1 trillion mark. Wayne’s shares, which he sold for $2,300, would be worth $100 billion 40 years later.

That’s a lot of lost zeroes, and as the famous English poet Robert Frost put it, “Two
roads diverged in a wood, and I - I took the one less traveled by, and that has made all the difference.”

On the other hand, there are investors and innovators with crystal-ball-gazing predictions, who invested in and founded Unicorns — a term used for a private company founded after being valued at more than $1 billion. You can say with conviction that the founders of Uber, AirBnb and Lyft possessed this uncanny ability to predict what’s to come with unbelievable accuracy. It was as if they sat down at their desk and correctly envisaged, for instance, how people in time would prefer to travel, relax and communicate.

Uber, Lyft, Pinterest recently went public with their plans, creating in doing so many multimillionaires who had this unnerving clarity to invest in such companies. More highly valued tech companies are likely to follow suit and we can expect many more high-profile debuts in the months to come.

The next big opportunity for tech start-ups

Reports suggest that by 2040, the impacts of human-caused climate change will be inescapable. This has made people around the world see handling this environmental crisis as their top priority, leading to a massive push for nature conservation and energy change. The UK government has already announced a ban on the new petrol and diesel cars and vans launched after 2040.

Protecting nature is a priority and this has generated massive interest in renewable energy and energy conservation. The aviation industry contributes about 2% to global emissions and is currently under a lot of pressure to reduce carbon emissions. There is a lot of scope for technological innovation in this field as such.

Car manufacturers under intense pressure from environmentalists and tightening government regulations prepare for the transition away from internal combustion engines to using electric and automatic technology. Intense research is being conducted in the field of driverless vehicles.

German company e.Go Moove aims to produce almost fully-automatic minibuses by the middle of the next decade. Aston Martin’s sister brand ‘Lagonda’ said that it wanted its autonomous SUV to roll off its Welsh production line in 2022. Then there is Citroen’s Ami One concept that takes a different approach to city mobility. The low- powered car would be picked up by anyone – even without a license – using an app.

Learn all about our top Impact Investments:

Following over 4 years of research and development NextGen nano have developed a major scientific breakthrough that may hold the key to advancements in nano-technology which not only make recent government CO2 emission and climate policy goals achievable but may change the way we approach powering our entire transportation sector and numerous decentralised energy solutions. Click on the logo for more.

Teysha is the result of over a decade of searching, of understanding a problem and striving for a solution. The Teysha team have developed unique IP, in partnership with the world’s leading research scientists, and partnered with the UK’s elite process and commercialisation specialists, to develop a product and company that has an entirely new and unique solution to plastic pollution. Click on the logo for more.

We are on the cusp of another technological boom.

The Enterprise Investment Scheme (EIS) is a tax-efficient investment to incentivise investments into smaller UK companies by offering investors generous tax reliefs. EIS offers individual income tax relief of 30% on up to £1m invested per tax year with no capital gains on the sale of shares held for at least three years.

We are the new breed of capital fund-raisers, who act as a conduit for investors who are looking to
invest in high-growth technologically-minded companies focused on high-growth areas like AI, ML,
transport, renewable energy, and cryptocurrency, etc. that possess the potential to a better, smarter
future for the world in which we live.

We scrutinize 50 to 60 tech start-ups and narrow down our searches to high-growth tech prospects that will be the next text unicorn in another decade or so. These companies we invest in may not be well known now, but our experience and diligent market research along with careful observation makes us believe they are going to become a household name in the future just like Uber, Pinterest or Alibaba have by now. With the management team led by young and dynamic CEO Ilayda Taze, we have the expertise and the tools to identify visionary tech start-ups with new business models that will revolutionize the world by providing alternatives to consumers who are fed up of the existing options.

6 Reasons Why The SEIS Is A Good Investment Program