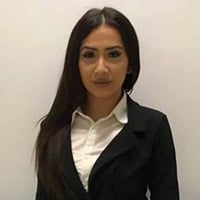 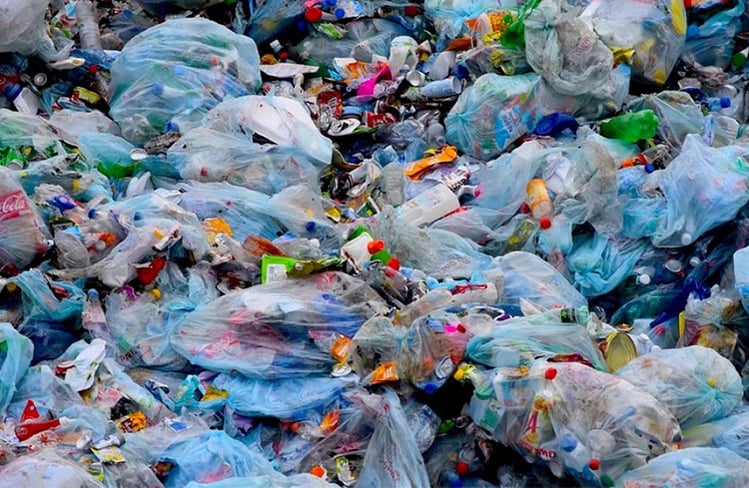 In 1907 Leo Baekeland invented a new material called Bakelite, which was the first true synthetic plastic, composed of molecules not found in the natural world. This amazing invention took the world by storm, as this durable and heat-resistant substance was capable of being moulded into almost any shape. People called it "the material of a thousand uses”, which, in fact, turned out to be an understatement. Whether we like it or not, there is no denying the fact that plastic is useful. It’s durable, flexible, corrosion-resistant, tough and endlessly versatile. Our world, in fact, it seems revolves around plastic products. We use them to keep food fresh, brush our teeth, wear clothes fashioned from plastic fibres, sit on plastic chairs, make contactless payments, hold shopping, travel in automobiles and planes that contain plastic parts, etc.

However, our over-dependence on plastic has a serious downside to it as well. Our dependence upon plastic also has an increasingly serious downside, because we use it so often and throw so much of it away. A UN Environmental Programme (UNEP) study showed that more than 8 million tons of plastic is being dumped into our oceans each year, while the Alliance for a Living Ocean estimates that 33% of the total plastic manufactured is for one-time use only.

Out of the 9.1 billion tons of plastic that the world has produced since 1950, as much as 6.9 billion tons (6.3 billion metric tons) has become waste, and only 9 percent of that has been recycled. The rest continues to litter the streets, rivers and oceans, posing a grave threat to our environment.

There has been an increasing clamour around the world to reduce the environmental footprint of plastic usage. Consumers are also becoming more involved in sustainability, demanding more green products from manufacturers.

As the fight against plastic pollution intensifies around the world, impact investing offers tremendous opportunities to contribute towards developing more eco-friendly alternatives to plastic use. With adequate financing, these efforts can bear fruit, offering a viable path toward green alternatives with sustainable zero waste future. The technology can be improved to develop plastic alternatives that are made from renewable sources and are either recyclable or biodegradable.

According to the Ellen MacArthur Foundation, 32 per cent of plastic packaging escapes collection systems worldwide and, if current trends continue, the weight of plastic in the oceans could surpass the weight of fish by 2050.

There have been many sustainability initiatives in place to remove plastic from oceans so that the catastrophic threat posed by it could be mitigated to an extent. However, making these socially responsible projects and initiatives financially viable is where the real challenge lies. It could represent the Holy Grail for those interested in impact investing, as they look to deliver sustainable and measurable benefits to the planet, while also making such initiatives financially viable.

Organizations coming under intense pressure from their consumers and stringent government regulations are increasingly paying attention to these grave societal issues that threaten the entire planet and its inhabitants.

Ranked the number-one B corp in the UK, ClimateCare claims to be committed to rigorous standards of social and environmental performance, accountability and transparency, and is trying to do that. It has rolled out an innovative way to commercialize the recycling of ocean-bound plastic waste in problem areas in highly polluted third-world cities such as Dhaka and Nairobi. It pays money to local rag pickers to pick up plastic waste destined for oceans and rivers, recycle it and then sell it to companies. The profit is then split between ClimateCare and the impact investors, who initially came up with the money to get the project off the ground.

Then there are firms like Teysha Technologies, which has partnered with leading research scientists, UK’s elite process and commercialisation specialists to develop a wide range of polymers with tunable properties and practical applications to meet the growing demand for sustainable plastics.

Teysha is the result of over a decade of searching, of understanding a problem and striving for a solution. The Teysha team have developed unique IP, in partnership with the world’s leading research scientists, and partnered with the UK’s elite process and commercialisation specialists, to develop a product and company that has an entirely new and unique solution to plastic pollution. Click on the logo for more. 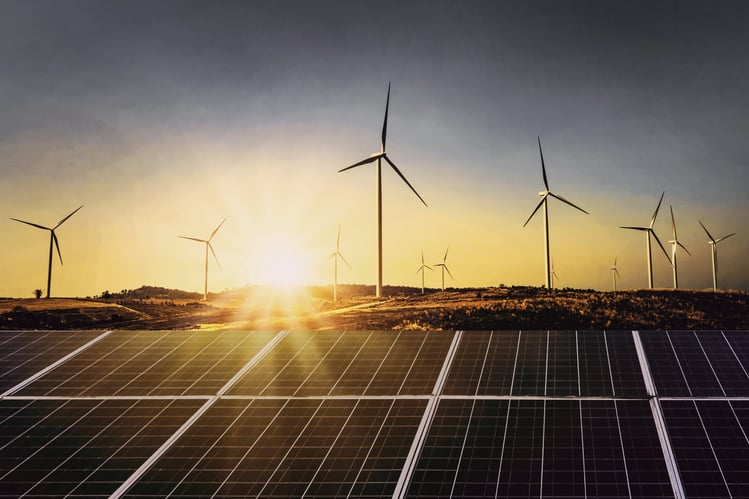 Poor air quality is the "biggest environmental risk to public health in the UK" - thought to be linked to about 40,000 premature deaths a year - the government says. Recent studies have linked it to heart diseases, lung problems and even dementia. The government has pledged that half of all new car sales will be hybrid or electric by 2030 as part of its “Road to Zero” plan to reduce vehicle emissions. The government is urging people to switch to electric vehicles to reduce carbon emissions. However, the National Grid says electric vehicles could drive a sharp hike in peak power demand.

Non-conventional energy generation (renewable energy, sustainable energy, clean energy and alternative energy) is one of the most well-known industries in the field of impact investing, having evolved from an early-stage impact market to a mainstream market in the past 15 years. Renewable energy is of primary focus here as it does not need fossil fuel for energy creation and focuses on energy production that can last for the foreseeable future. Environmental concern and the ill-effects of pollution are increasingly compelling organizations to invest and adopt renewable energy sources. A study by Deloitte indicates that many corporations are pledging to generate as much as 100% of their power from renewable sources in the coming years. In addition, PRI data highlights that signatories allocated more than £715.45 bn to renewable and alternative energy investments in 2016.

Impact investment in renewable energy for a Solar-Powered Future

The sun is the largest and an endless source of energy on the earth with more sunlight hitting the earth in one hour than the entire world uses in one year! Solar energy technology harnesses the power of the sun to generate energy for human consumption.

Impact investments from a variety of finance institutions, including GIIN Investors’ Council Member FMO, fund managers, private foundations, religious institutions, NGOs, and individual investors, etc. are transforming the energy landscape to improve the environment and people’s well-being. Innovation in solar technology continues to improve efficiency, size and cost, making solar technology more feasible and efficient for large-scale adoption. The focus now is on looking beyond panels placed upon the roof. We can see in the near future solar energy being harnessed for cool applications like solar shingles, solar film, solar roadways, and solar windows, solar balloons, nanowires, and working with the infrared spectrum. ‘With more investment and technological advancement, a commercially-viable solar future is closer than we think,’ says Ilayda Taze, CEO at London-based TrendScout.

Following over 4 years of research and development NextGen nano have developed a major scientific breakthrough that may hold the key to advancements in nano-technology which not only make recent government CO2 emission and climate policy goals achievable but may change the way we approach powering our entire transportation sector and numerous decentralised energy solutions. Click on the logo for more.

Ilayda Taze is the CEO of London based TrendScout. A young and dynamic entrepreneur, Ilayda writes extensively on technology incubators and impact investing.

7 Proven Email Marketing Strategies For Startups To Get More Investors